S4M continues expanding activities in Europe with a new office in Madrid, Spain since early 2017. After only 6 brief months, our Spanish office is already working with more than 15 advertisers and major media agencies in the market. Leading this expansion is Maxime Noizat, Country Manager of S4M Spain. Maxime started his career in London at ZenithOptimedia and joined S4M in 2014. 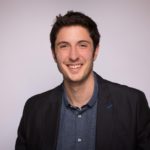 “At the time our Paris head office was a team of less than 50 people justexpanding our activities in France and only just picking up our international expansion,” explains Maxime Noizat.

“It is so amazing to see how our efforts have grown worldwide, and I am especially excited to be leading the expansion in Spain. Our growth doesn’t stop here, in the Madrid office alone we are looking to recruit 6 more talents by the end of the year”

S4M stands out from its competitors with a mobile-first full stack technology that can be adopted as a SaaS or managed service for media agencies and advertisers. Our technology is currently the only player that has been certified by the Media Rating Council for metrics on the entire mobile user journey. Our clients will only pay for accredited KPIs based IAB (Interactive Advertising Bureau) and the MMA (Mobile Marketing Association) best practices.

Read the news in Spanish on La Publicidad.