Earlier this year, S4M examined 87 campaigns, composing of 2.3 billion ad requests, between January to June 2016 in Europe, the US, Latin America, and in APAC. The goal of this study was to to investigate the problem of ad fraud and existing buying models. 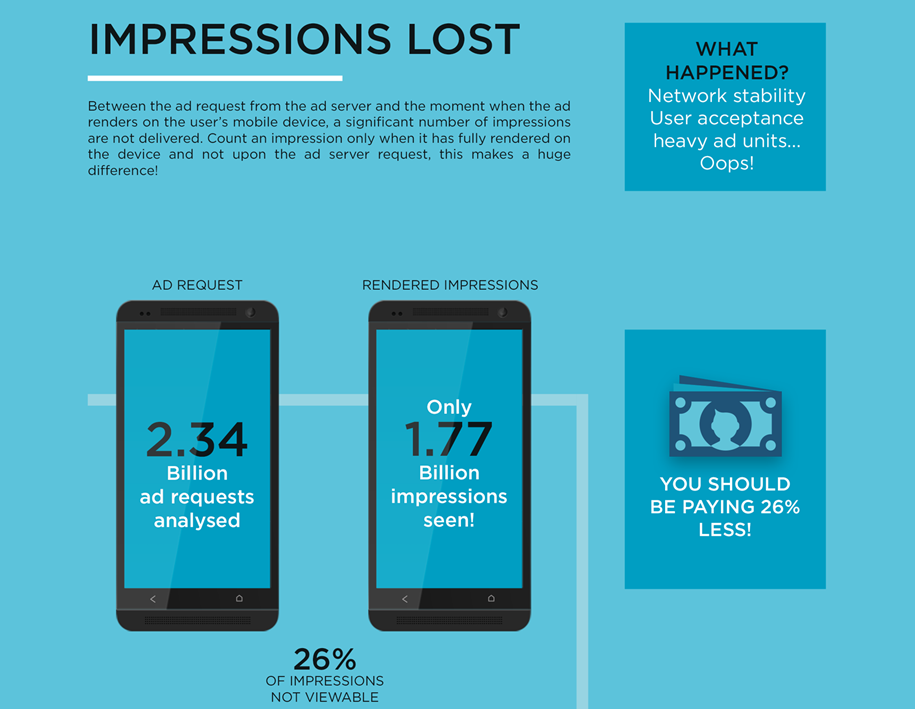 Between the ad request from the ad server and the moment when the ad renders on the user’s mobile device, a significant number of impressions are not delivered. Why ? This is due to various different factors such as network stability, heavy ad units, and device type. This is both fraud and invalid traffic. In the campaigns we analysed, we found that 26% of the total impressions were not seen. 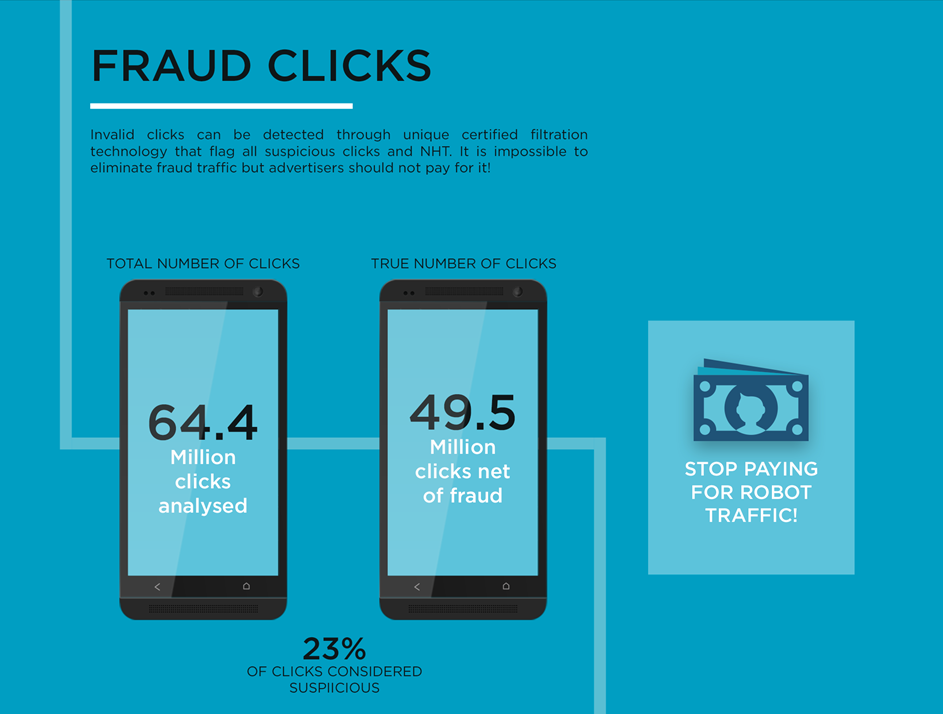 We counted a total number of 64.4 million clicks but more than 23% of these were detected as suspicious traffic. Our technology applies a one click per impression counting method to weed out fraud. So after applying our anti-fraud algorithm, we counted only 49.5 million true clicks.
Invalid clicks can be detected through unique certified filtration technology that flag all suspicious clicks and non-human traffic (NHT). It is impossible to eliminate fraud traffic but advertisers should not pay for it. 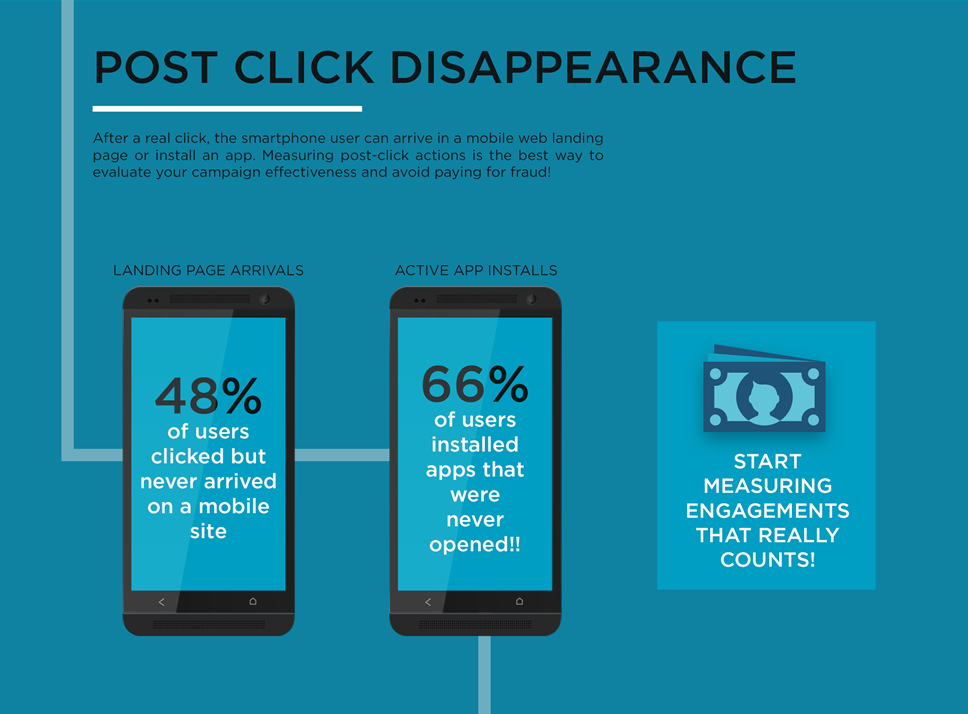 Regarding post-ad analysis we found that a significant number of users don’t actually arrive or engage post click. After a real click, the smartphone user can arrive on a mobile web landing page or install an app.
In our analysis, out of the total post-clicks counted, 48% of the users actually never arrived on the mobile site. For apps, 66% of users installed apps that were never opened.
This is where measuring post-click actions is the best way to evaluate campaign effectiveness and avoid paying for fraud.

With huge investments at stake, S4M created a new buying model: the cost-per-landing-page (CPLP). This model measures a true engagement following a fully loaded impressions (100%+1sec), a true click net of fraud, and a true arrival of the user on the landing page.
We know that fraud cannot be fully eliminated but our guarantee is that advertisers will not pay for it.